A poor batting performance by Pyestock Cricket Club this weekend saw Prestcold CC cruise to an eight wicket win in the drizzly yet picturesque setting provided by the hosts.

After losing the toss and being invited to bat, the accuracy of opening bowlers Luke and Andy Rosier, coupled with an unpredictable wicket ensured Jon Ford and Glenn Taylor were given a tough time at the top of the innings.

In the 5th over Luke Rosier managed to get a shorter delivery to lift at Taylor and claim a feint edge on the way through to wicket-keeper William Marsh. Initially it looked as if the appeals were to be waved away, but to his credit, Pyestock’s batting heavyweight didn’t wait for the decision and made his way from the crease.

Worse was to follow for the visitors  2 overs later as Dan Heath could only manage to inside edge a wider delivery onto his own stumps, and the visitors found themselves 9 for 2 after 7 overs, with both powerhouses back in the pavilion.

A severe rebuilding job was required, and without Neil Butler and Jack Bromley, stand in captain Chris Heath promoted himself up the order, uniting with Jon Ford to try and force their way back into the match.

Progress was slow as the bowling remained tight and the conditions making it difficult to get the ball away, however the score had progressed to 24, and the pair had successfully seen off the threat of both Rosier’s, now facing Dan Riley and Alex Davies.

The change worked a treat for the home side as a dead straight ball from Riley broke the partnership with Ford trapped in front LBW for 11, and Davies breached Heath’s defences for 7 as the score fell to 26 for 4.

A short rain delay dampened the pitch and the wicket became slower but more consistent, however this did nothing to help Pyestock’s ailing chances as Pete Harris (0) and the impressive looking Billy Leader (11) both missed straight balls to reduce the score to an embarrassing 38 for 6.

Chris McGovern continued the procession to the pavilion after being caught behind, and similarly to Billy Leader, who looked comfortable despite faltering before making any sizable contribution, Colin Butler added a promising looking five before a leading edge found James Prior to effectively end any chances of Pyestock posting a competitive total.

The final death throes of the innings at least provided a little entertainment as Kym Marsden showed his team mates how it should be done with a rapid 16 either side of Jay Threlfall becoming Davies fourth scalp of the afternoon, before one big shot too many saw the timbers rattled yet again, leaving the visitors out of the match with a pitiful 66 runs to play with, the clubs lowest score batting first since Badshot Lea dismissed Pyestock for just 51 in September 2000.

With the unpredictability of the weather a genuine concern and the rain already looking to return, the captains agreed on a mini 10 over session before tea to move the game along, and Chris Heath and Billy Leader attempted an unlikely rescue mission, however apart from a strong shout for a catch behind, Phil Desbois and William Marsh made no mistakes in compiling 33 runs by the time the interval arrived.

Further rain added to the damp surface during tea, and, in full out damage limitation mode, Pyestock made sure that a large element of pride was restored with an impressive bowling and fielding performance devoid of the luck such efforts deserved.

On another day the impressive Billy Leader could and should have taken the wicket of Marsh, whilst the impeccable Jay Threlfall could not have bowled better in the soggy conditions, and also had Marsh dropped twice whilst technically bowling the opener with the ball ricocheting off the batsman onto the stumps, with the bails remarkably standing firm.

As it happened Pyestock did claim two deserved wickets as a mix up between Debois and Marsh resulted in a run out after sharp fielding from Kym Marsden, whilst Dan Heath ended Alistair Grant’s 34 ball resistance to reduce the hosts to 45 for 2.

Despite the best efforts of every single player, in the field, the inevitable could not be avoided and once Marsh drove the ball at Chris McGovern, who in a rare moment of poor concentration allowed the ball to slip straight through his very best Geri Halliwell impression, the scores became level and the match promptly won.

In a testament to Pyestock bowling and fielding it took their hosts almost 28 overs to reach their meagre target, emphasising perhaps that the wicket was in no way batsmen friendly, however the poor batting displayed in 2016 thus far remains a serious concern with many players lacking form and composure. One of these players of course, is the insider, and this thoughts are shared below. 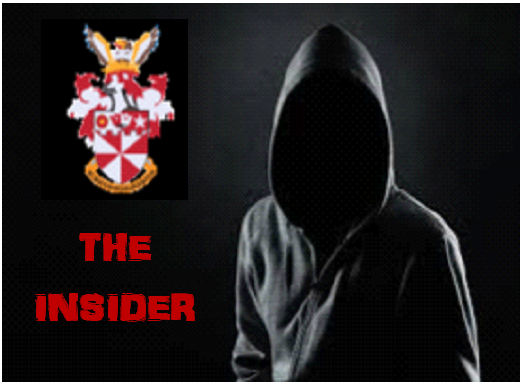 Obviously not a good result, but the performance could arguably be split between a good bowling/fielding performance and bat batting. How did you rate Pyestock’s performance?

No one can deny that Pyestock were not at their best this week, lets hope that our batting, bowling and fielding clicks sooner rather than later. Saying that however, we did feel well considering we only posted a very low total.

It could be argued that Pyestock have not batted well at any point this season. How do you think this trend can be reversed?

I would disagree with that statement. We batted well at Concorde and Godalming as a team. For some reason we haven’t reached our potential. Maybe refer to the question I was asked last week regarding whether we rely on Glenn Taylor too much?)

What did you make of Chris (Hollywood) McGovern’s beautiful dance in the outfield that resulted in 2 runs to bring the scores level?

Hollywood as always provides good humour in the field. Maybe the writing was on the wall, and he was trying to get us off the field as soon as possible!

With a visit to Tadworth 7 days away, is there still hope for a positive result despite still missing Captain Neil Butler.

Our batsmen need to turn up next week if we are going to have a chance of a result on Sunday. Neil as always is going to be a big miss with the bat, ball and leadership but surely we cannot keep under-performing with the bat.